The bible has a lot to say about the relationship between fear and love. Perhaps the most famous words are from the apostle John.

There is no fear in love. But perfect love drives out fear, because fear has to do with punishment. The one who fears is not made perfect in love (I John 4:18).

When I was 16 years old I went on my first mission trip. One day I was sitting almost at the top of a small tree near Jinja, Uganda. Without warning my mission trip leader started the countdown: “10, 9, 8…” I had until 1 to be inside the meeting room.

In a panicked scramble I lost my footing and fell about 8 feet landing flat on my side. The wind knocked out of me, I dragged myself up and hobbled through the door of the hut by “1.” And I was greeted wryly by the leader with, “Was it worth it?”

Still breathless from the fall, I fought back my tears and nodded yes.  I had preserved the one hour a day I had as “privilege” to either take a cold shower or hand wash my clothes in a bucket.

But for me it wasn’t the fear of losing the privilege of a shower that drove me to choose obedience over my safety. It was the fear of the condemnation. It was not godly fear.

The Fear Of The Lord

I didn’t fear my looming public punishment. What I really feared was being whipped by my own sense of shame. I was in a place where I looked for any opportunity to shackle myself in the chains of self-condemnation.

There is godly fear and ungodly fear. In Matthew 10:28 Jesus says, “And Fear not them which kill the body, but are not able to kill the soul: but rather Fear Him which is able to destroy both soul and body in hell.”

Those who are perishing should fear the One who has the power to throw them into hell, but there is no condemnation for those in Christ Jesus.

Even when we fail, there is no need for flee or be paralyzed in fear. Instead we can run towards God in our time of need with confidence in His mercy and grace.

Pin this for later.

Using fear as a weapon is not God’s plan for godly leadership. Neither is it his plan for His followers to be ruled by fear. True love does not use fear to get its own way.

The Pharisees and religious leaders of Jesus time demonstrated the pitfalls of ruling and being ruled by fear. They feared man over God, feared losing the admiration, power, and glory of their position.  They judged and thought themselves higher than the people they were meant to serve.  In fear, they sought to destroy Jesus.

Perfect Love In The Bible

Jesus did not fear the religious leaders nor the people put under his care. He walked among the sick, sinful, demon possessed and otherwise condemned.

In Matthew 9:13, Jesus confronted the Pharisees, “But go and learn what this means: ‘I desire mercy, not sacrifice.’ For I have not come to call the righteous, but sinners.” Jesus did not come wielding fear and judgement, but mercy and grace.

"Jesus did not come wielding fear and judgement, but mercy and grace." #Jesus #mercy   Click To Tweet

When I think of what might have been on that mission trip so many years ago, this quote comes to mind,

“The main thing about Christianity is not the work we do, but the relationship we maintain and the atmosphere produced by that relationship.”

Our team did a good work, laying the foundation and building half of a building for the use of future ministry, but the work was done in an atmosphere of worldly fear. Without that fear, I might have been perfected in love.

How to Love Your Children

Getting Over The Fear of Having Children 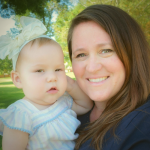 32shares
We use cookies to ensure that we give you the best experience on our website. If you continue to use this site we will assume that you are happy with it.Ok